Trapeze and the First Autonomous Public Transport Route in Poland

On September 6, the first public transport line serviced by a fully autonomous vehicle was launched. The project was implemented by Trapeze Poland in cooperation with Easymile and commissioned by the city of Gdańsk as part of the Sohjoa Baltic project.

The first official ride was started by the President of Gdańsk, Aleksandra Dulkiewicz, who immediately shared her impressions:

Honestly, it’s weird. I pressed the start button myself. I wasn’t sure it would stop at the designated place.

During the press conference, President Dulkiewicz emphasized the historic moment:

We are entering a new era. Just as in Gdańsk we have often started changing the world, today it is a historic moment. For the first time in Poland you can try what it’s like to ride a bus without a driver, and it’s ecological. I hope that if the regulations in Poland allow, we will get such a bus for Gdańsk .

– This is a great day not only for Gdańsk, but for the whole country, because for the first time we come to the presentation, to test the autonomous bus. What was impossible so far, we managed to do – said Mikołaj Kwiatkowski from Trapeze Poland.

– The bus is located using sensors, GPS and odometry systems. It is able to move with an accuracy of 1 cm – said Michael Urbański from the company Easymile.

The number is 322, it’s free. One return trip takes up to 15 minutes. The bus takes a maximum of 12 people. The vehicle moves along the programmed route, analysing the current situation around the vehicle. An operator will be on board, whose task is to ensure the safety of all travellers, respond to emergencies and answer passengers’ questions.

The tests of the autonomous bus will last until September 30. At the same time, residents and users can comment on such vehicles in public transport by completing an interactive survey. 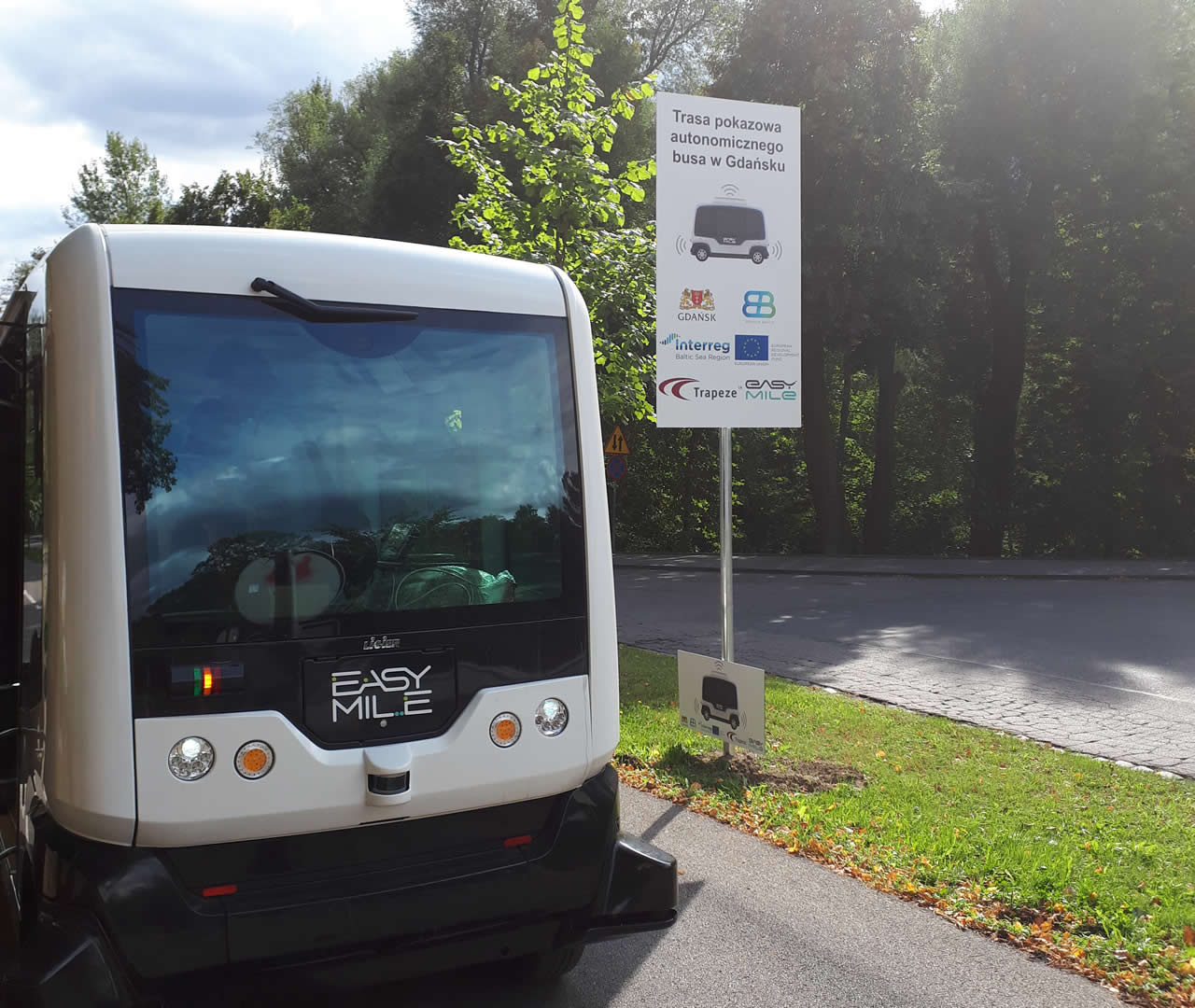