The Internet of Things

What is really meant by the term the Internet of Things, or IoT as it is often abbreviated?

It has long been heralded as the next stage in transport development, but how IoT technology will work in practice is often more uncertain.

The notion of IoT technology playing a central role in the transport industry is not a new idea. The desire to access accurate, real-time data from across a transport network, to process it efficiently, and then translate it into tangible actions, has been central to modern transport networks for some time. This is, of course, the process behind real-time bus information, designed to ensure waiting customers know when their bus will arrive.

However, to date, many technologies, both onbus and at the roadside, have been proprietary in nature and have not built upon common Internet standards.

This has limited overall IoT progress, as projects often become complex and costly – particularly in scenarios where information originates from sensors in different domains, such as traffic light priority and environmental sensing at roadside.

However, things are changing, particularly in the bus sector, where there is increasing drive towards open standards. We are moving into an era of IoT-powered public transport: one which will deliver enormous benefits in terms of efficiency, environmental footprint and passenger experience.

Let’s focus on the bus networks in metropolitan areas. In recent years we have seen increasing migration to towns and cities, especially to the centres of such urban areas, as opposed to the suburbs.

While Covid-19 has, at least temporarily, cast a degree of uncertainty over this trend, there is little doubt that demand for highly efficient bus networks, responsive to passengers’ working and leisure patterns, will increase. Likewise, the requirement for environmentally efficient bus services, minimising carbon footprint and air pollution, has never been greater.

IoT technology has been present across most established bus networks for a number of years. The majority of passengers have used buses that provide current and next stop information, or have waited at stops with digital signs offering live arrival information.

This technology was replaced around seven years ago with a system that saw the buses transmit information to a back-office system, which then relayed messages to the next bus stop. The net result was the same – dynamic alerts at each stop regarding bus arrival times – but it removed the need for buses to be fitted with dedicated and expensive radio hardware specific to the particular site. It also removed the requirement to fit every sign with a specialist radio receiver, making it possible to exploit far cheaper mobile network technology.

Tomorrow’s IoT-powered bus networks will benefit from these micro sensors being both far cheaper (perhaps £10 per bus, rather than £1,000!), and also compatible with open standards – so all bus stops, buses and even traffic lights will communicate in the same language. Such standards will no longer specify bits and bytes; instead, they will focus purely on content by building on industry-standard protocols such as IP, HTTP, JSON, XML and RESTful.

Even more excitingly, a new family of Internet standards have emerged over the last few years that enable a device to query the capabilities of another, and then adapt how it interacts based on the remote device’s capabilities. GraphQL is an example of such a technology.

These cheaper yet more sophisticated micro sensors will be able to capture information such as ridership numbers and wait times or the condition of on-board equipment making it far easier for operators to plan and manage routes – something that is particularly challenging today.

Dynamic schedule management capabilities will improve, with operators better able to re-route buses around incidents and plan routes and timetables in-line with fluctuating demand. And when buses are cancelled, the affected individual journeys will be identified so that passengers can be proactively presented with alternative options.

In other words, a combination of cheaper hardware and interoperable, open source
software will result in smarter, more efficient and more passenger-centric bus scheduling. 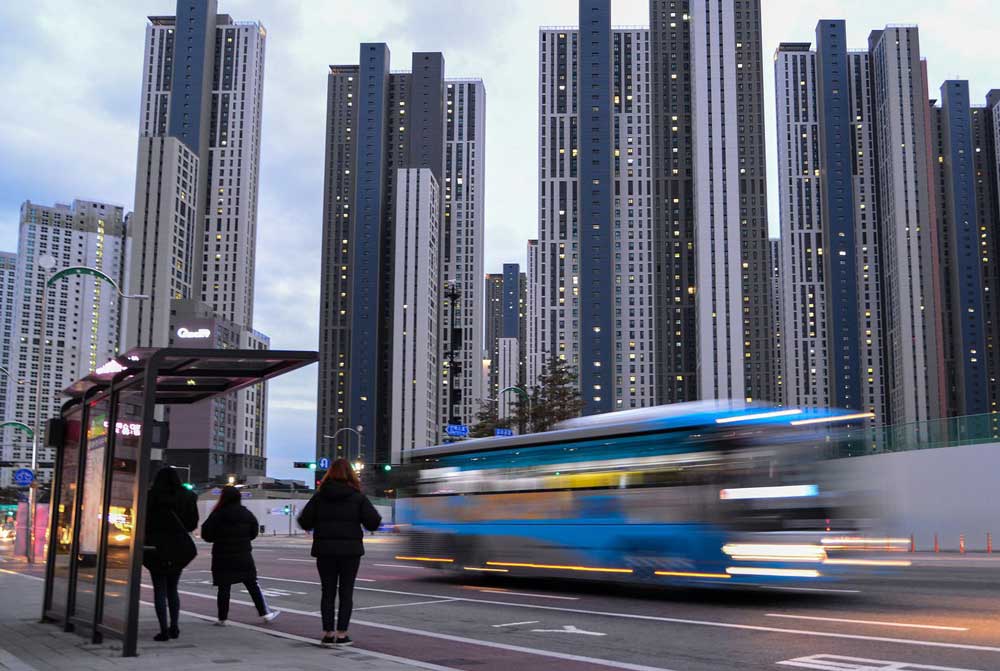 Sophisticated micro sensors will be able to capture information such as ridership numbers and wait times. 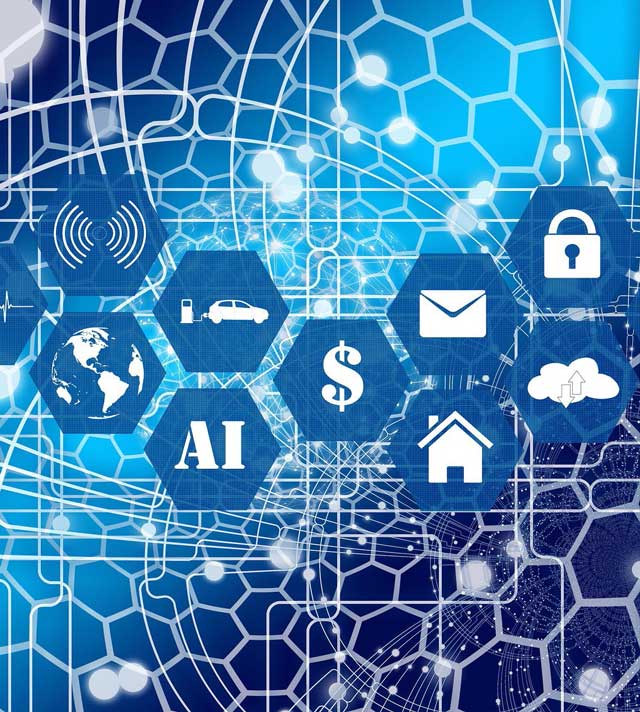 The development of new mobile communications technologies such as 5G will enable devices to be permanently connected.

Passengers will also benefit from a wider use of IoT sensors. Consider, for example, in-vehicle speakers which announce the bus’s location, next stop and provide other key passenger information. Getting the volume right is difficult: it is easy for one speaker to be too loud, while another is too quiet due to ambient noise, the position of the speaker relative to the engine, or seats absorbing sounds.

In the future, each speaker may be an intelligent node with an in-built microphone that autoadjusts volumes to ensure a consistent passenger experience. This could even change dynamically, for example when a group of boisterous school children boards the vehicle.

Looking further ahead, there is a role for IoT sensors in tracking physical factors on
individual buses. Companies are already working on using vehicles’ in-built sensors to
track engine performance, enabling buses to be more proactively and predictively maintained, reducing breakdowns and improving passenger experience that way.

In the future, this could develop into monitoring faults on auxiliary systems – for example, in the instance of a fault with a wheelchair ramp, passengers could be proactively informed, enabling them to choose an alternative bus. 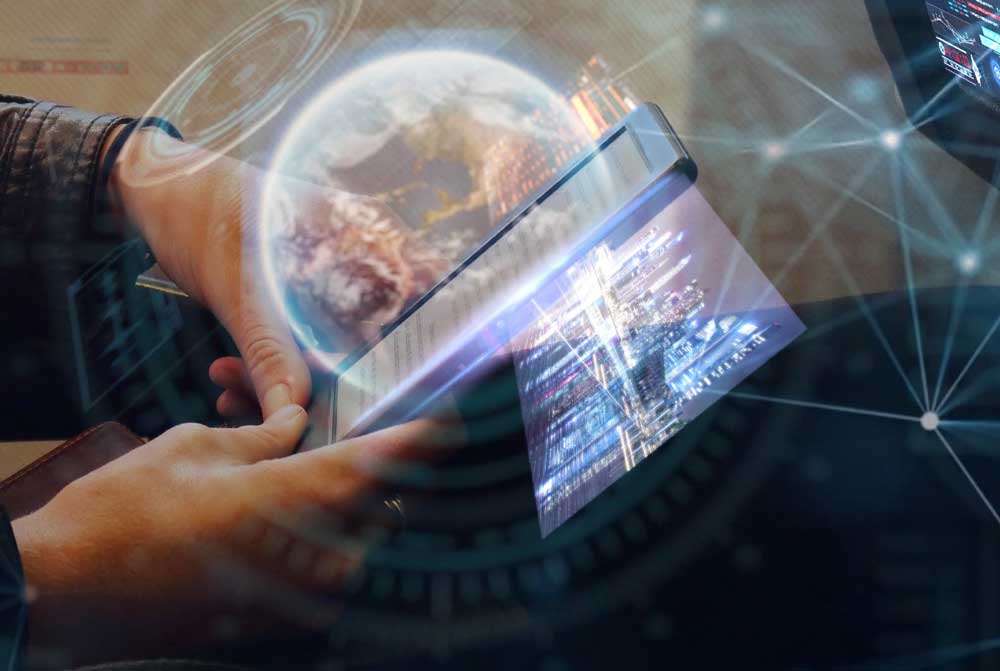 Tomorrow’s transport, powered by the IoT

With Smarter Cities becoming an increasingly hot topic, the real power of IoT will emerge through the combining of transport data with other sources of data. IoT offers extraordinary opportunities for great intelligence, automation and responsiveness. It has the potential to power intelligent bus scheduling which responds dynamically to passenger needs and environmental conditions such as traffic and pollution levels. It also has the potential to better inform passengers during journeys, and to keep vehicles in better condition for longer.

However, for these benefits to be harnessed costeffectively and comprehensively, we must move towards common IoT standards. Proprietary hardware may have enabled bus operators to dip their toes in the IoT era, but it is ultimately too costly and restrictive to be a realistic approach for transport operators nationwide. The ITxPT initiative is a key industry forum making this happen.

The drive to open standards that has already begun will enable vehicles and points throughout transport routes – such as bus stops and traffic lights – to share information with one another seamlessly and dynamically, no matter where they are located, or which transport operator is in charge.