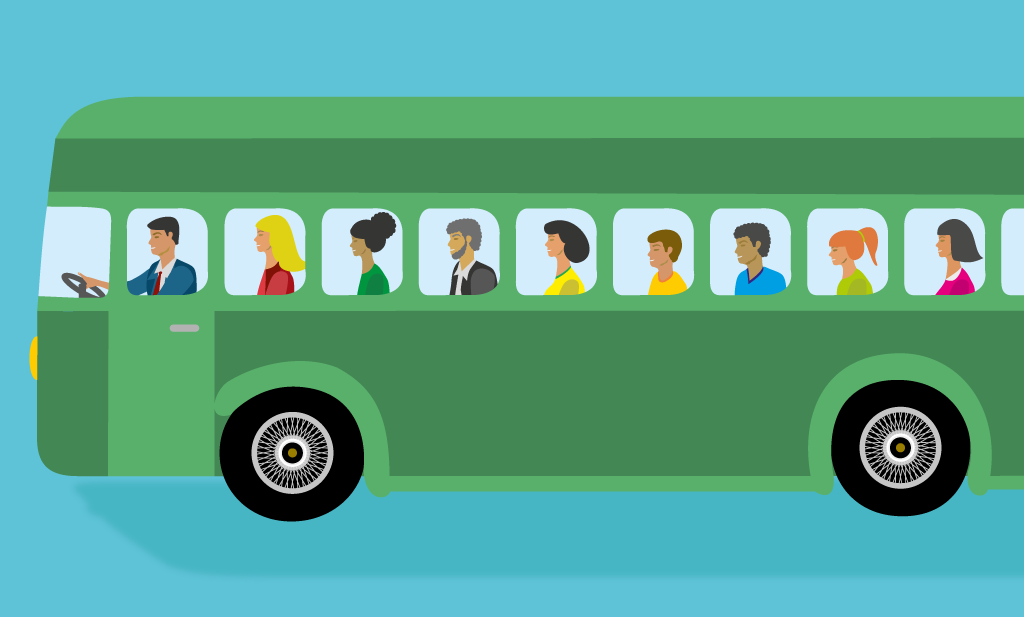 Following up Trapeze’s previous article ‘Putting the Bus at the Heart of our Communities’, this feature explores how carbon information could be used to promote sustainable travel choices.

Conclusion: The Quest for Behavioural Change

The scale of the climate threat was starkly outlined at the 2021 United Nations Security Council, where David Attenborough labelled it the greatest threat modern humans have faced.

We know that tackling this issue will require significant focus from central and local governments and policy makers, but it is important to note that people also increasingly wish to make personal contributions. A global survey undertaken by the Pew Research Center found that some 80 per cent are willing to adjust their own behaviour – a development which perhaps explains the increasing trend for organisations publishing the carbon footprint of goods and services.

Interestingly, recent research undertaken by Trapeze Group indicates that bus users are also interested in this kind of information, and that knowing bus journeys have a lower carbon footprint would make them more attractive.

Encouragingly, such data could be delivered via established bus passenger information systems, providing passengers with information they desire, promoting greater awareness of sustainability issues, and driving bus ridership as part of a wider sustainably mobility network. This article explores how this might be achieved.

A 2020 YouGov survey commissioned by The Carbon Trust sampled some 10,000 consumers across several countries, reporting that 67 per cent supported carbon labelling on products. This is not a new development: as early as 2009 the Eurobarometer survey found that 72 percent of citizens felt carbon footprint labelling should be mandatory.

But even without such mandates, carbon information on goods and services is already becoming common, driven by commercial organisations recognising and responding to consumer demand.

In 2020, US food company Just Salad became the first restaurant chain to carbon label their menu. Meanwhile, here in the UK, organisations such as Oddbox and Too Good to Go are not only tackling climate change by finding innovative ways to reduce food waste; they also actively promote their brands by attempting to quantify the carbon savings made by their customers.

The trend appears to be emerging in the fashion sector, where Adidas has promoted a trainer with a carbon footprint a quarter of that of a regular pair of shoes.

Trapeze recently commissioned a research project which engaged a diverse group of London bus users with quantitative and qualitative surveys. The intended focus of this project was primarily around information delivery, but we also wanted to understand how bus passengers feel about sustainability issues.

We were encouraged to hear that half of respondents are interested in information relating to the carbon footprint for their journeys, and that this figure was higher for respondents in the 16-34 and 35-54 age brackets – suggesting that demand for such information will grow in the future.

We also asked whether knowing that bus journeys have a lower carbon footprint would make passengers more inclined to choose the bus – to which some 61 per cent of passengers responded positively.

However, we noted that the responses indicate that people wish to be informed but not made to feel guilty – which aligns with the views of Michael E. Mann, author of The New Climate War, in which he warns that blaming individuals undermines climate activism by losing focus on the major contributors, and sowing division among those who share a common goal.

So if we instead focus on proactive and positive climate messaging, what might that look like in the bus sector?

Firstly, it is worth noting that personal carbon calculators already exist (Traffic Scotland’s is one such example, though it does not currently include bus as an option), and this kind of tool would make it possible to inform people regarding the carbon footprint of individual journeys.

Such data could be calculated, compared with other modes (including travelling in private cars) and delivered via journey planners and apps (such as London’s TfL Go) which provide direct communications channels between authorities and the travelling public. 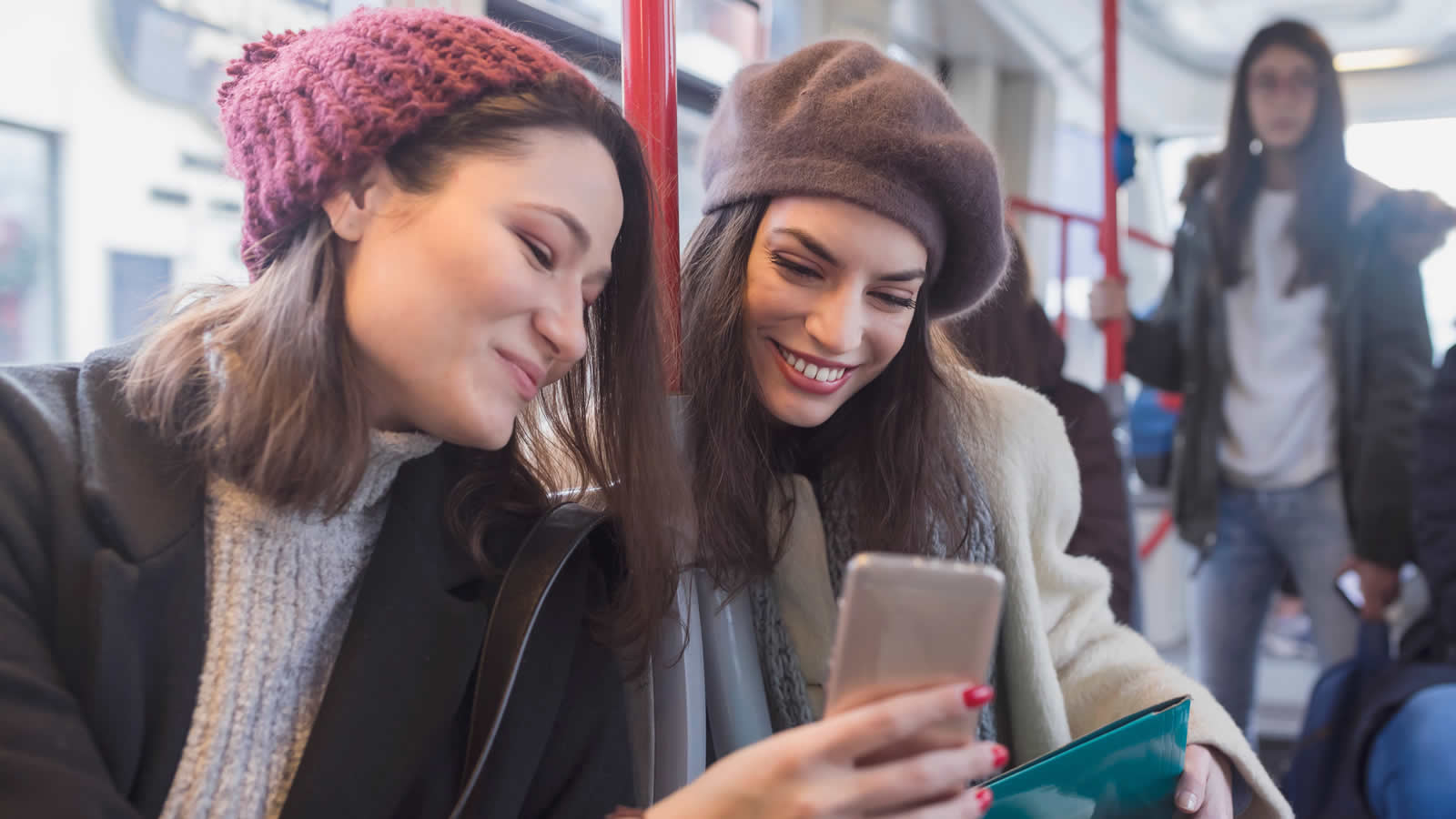 But could we go further and fully harness such information to drive a sense of positivity and community? By integrating user accounts with ticketing, payment cards and journey planners, authorities could actually develop comprehensive mobility footprints for people travelling around their cities.

Citizens planning journeys could be presented with a range of options and the carbon footprint for each, framed within the context of a shared community goal, for example: ‘We need X million sustainable journeys this year to turn our city green. Will you help?’

From there, it would be possible to report on individual contributions towards collective air quality and sustainability targets, for example: ‘Congratulations: You have personally saved X litres of carbon this year through sustainable mobility choices. Together we are 43% of the way to achieving our annual goal. Thank you!’

Conclusion: The Quest for Behavioural Change

Transport Scotland’s recent climate route map presents a powerful vision for reducing car kilometres by 20 per cent by 2030. Commenting on its release, Glenn Lyons, Professor of Future Mobility at UWE and a strong advocate for sustainable mobility, praised the plan for its political leadership and consideration of the importance of behavioural change.

As this article outlines, technology has the potential to support behavioural change. We know that people care about environmental issues and that they want to understand more concerning the impact of the journeys they take.

The response to Covid-19 has shown that the bus industry can respond quickly to meet consumer demands – evidenced by the rapid implementation of live occupancy information in Scotland.

Similarly, we could collate and deliver valuable information relating to the carbon impact of travel options. By doing so we can promote bus travel while empowering the public to create and manage their own sustainable mobility agenda. 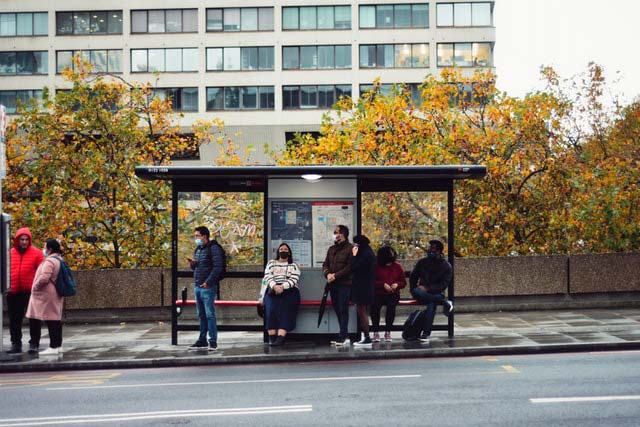 Interested in delivering passenger information to drive bus ridership? Get in touch.

A Note on the Research Project

On Trapeze’s behalf, PA Consulting undertook consumer research to explore how passengers use London buses, how they seek and use information about their journeys and how information provision could be enhanced. This was undertaken via a three-strand approach:

While we attempted to make our sample representative of Londoners in relation to a range of factors, we acknowledge that in choosing to focus on active bus users the sample could never be entirely representative – it does of course inevitably exclude non-bus users.